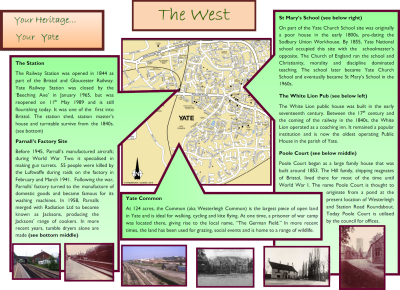 The West Zone map is sited at the junction of Station Road and Cranleigh Court Road.

From 1932, Newman Motors of Bristol set up a factory on Station Road for both making and repairing electric motors and producing engineering tools.

Newman's became one of the major employers in Yate. It was considered a rival to Parnalls and in World War II made shell cases and strong chains.

With both factories mass producing key material for the war effort, Yate became a target during the Blitz.

In February and March 1941, fifty-five workers were killed when Parnall Aircraft was bombed.

Newman's shut down in 1988, and today, the site is the home of Morrisons and B&Q.

World War One brought modern industry to Yate and in 1925, George Parnall of Bristol moved into the empty aircraft repair depot, next to Yate Railway Station.

Between 1925 and 1945, aircraft were manufactured on the Parnall site; during World War Two, Parnall Aircraft Ltd specialised in making gun turrets.

55 people were killed by the Luftwaffe during raids on the factory in February and March 1941.

Following the war, Parnall's factory turned to the manufacture of domestic goods and became famous for its washing machines.

In 1958, Parnall's merged with Radiation Ltd to become known as Jacksons, producing the Jacksons' range of cookers. 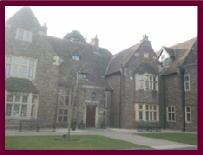 Yate's population grew with the arrival of the railway, and new residents built impressive houses, one being Poole Court.

Poole Court began as a large family home built around the 1860s. The first resident, recorded in 1870, was Charles Gathorne Hill of Bristol shipping fame.

The name Poole Court is thought to originate from a pond at the present location of Westerleigh and Station Road Roundabout.

The Hill family lived there from the 1870s until World War One, when the Royal Flying Corps took over the site as the Officers' Mess for the new Aircraft Repair Depot.

From 1925, George Parnall used it as office space for his aeroplane company, until it was bought by Newmans in 1932, and used mainly as offices for the firm.

After Newman Industries closed in 1988, Poole Court was taken over by the council for offices. 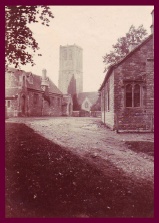 It was largely rebuilt in the fourteenth and fifteenth centuries, and extensively restored in the nineteenth century.

In the church are the remains of a wall painting and many fine memorial tablets.

Some of the fragments of glass in the north window are a reminder of the skirmishes during the civil war of the 1640s.

The lych gate (a roofed gate in the church yard) and the Parnall Memorial stand in memory of local people who died during both world wars.

The peal of six bells is still regularly rung.

Major local families dominated the church; the Stanshawe family donated one of the main bells in the fifteenth century.

In the early 1800s, a poor house was located outside the church wall for the poor of the parish.

The poor house was demolished when the national school was built.

Possibly as early as the 16th century, there was a poor house on or near the site of the later Yate Church School in front of St Mary's Church.

The poor house was close to a small school (currently No 1 Church Road).

The poor house was later demolished around 1850 and the main school was built by 1855.

Pupils were taught in classrooms with no lighting well into the 20th century and there were never any inside toilets.

Pupils did not wear uniforms unless they went to a Grammar School.

In the 19th century school attendance was not compulsory and pupils had to pay for their lessons before the 1890s.

Some children may have taught their families what they had learnt.

As a Church school, religion was crucial and many lessons were based on biblical stories.

In the nineteenth century, whole families worked in farming and on the harvest in Yate; teachers had to cope with some pupils not being in school for weeks.

At other times classrooms were so crowded that there could be up to five pupils on a one metre bench.

Overcrowding remained a problem throughout the 20th century and as the building got older, it deteriorated.

The new, current school was built with all new facilities.

The old school house is used for events and youth clubs.

The White Lion public house was built in the early seventeenth century.

It became established as a coaching inn until the local railway was established in the middle of the 19th century.

For many years, the White Lion was the major local pub in the area.

Local farmers ran local pubs; in 1858, it was bought by Hugh Bendall Isaac.

He was the inn keeper for thirty years and eventually left in 1888.

By 1930, occupiers were changing more frequently.

As an important local building, the White Lion was renowned for its vegetable plot and orchard.

The adjacent Turnpike houses were built before the 1800s.

Sometime after the 1880s, the turnpike houses became a shop, which later closed in the 1960s.

At 124 acres, the Common is the largest piece of open land in Yate and is ideal for walking, cycling and kite flying.

At one time, a prisoner of war camp was located there, near to Sunnyside Lane, giving rise to the local name, "The German's Field".

Much of the land was used for growing crops for the war effort during the Second World War.

In more recent times, the land has been used for grazing, social events and is home to a range of wild life.

The Railway Station was opened in 1844 as part of the Bristol and Gloucester Railway.

In January 1965, Yate Railway Station was closed following the "˜Beeching Axe" cuts, but was reopened on 11th May 1989 and is still flourishing today.

The original opening of Yate Railway Station allowed the movement of extracted minerals and, as a result, local businesses grew.

The line was supported by local colliery managers.

Passenger traffic on the new rail service also encouraged people to visit and settle in Yate.

The station shed, station master's house and turntable survived from 1844, but the other station buildings were demolished after the station closed.

Click the links below to read more about the North and South zones of the Heritage Map, or to return to the introductory page.